---
Merry Christmas & Happy New Year, Poets!
We are beginning the New Year, January 4, 2012 with a very special Featured Reader. Rafael Jesús Gónzalez, professor of literature and creative writing has taught at the University of Oregon, Western State College of Colorado, Central Washington State University, University of Texas, El Paso (as a visiting professor of Philosophy) and at Laney College, Oakland, where he founded the Dept. of Mexican and Latin American Studies. He has also taught in the k-12 elementary and high schools as part of the Poets in the Classroom program. His poetry and articles appear in reviews and anthologies in the U.S., Mexico and abroad. In 1996 he was named "Poet in Residence" at the Oakland Museum. In 2005, he was invited to read his poetry and present a paper at the World Congress of Poets in Tai'an, Province of Shandong, China. In 2006, he was named Universal Ambassador of Peace, Universal Ambassador Peace Circle, Geneva, Switzerland. In 2007 he presented a paper and read his poetry at the 8 Encuentro Literario Internacional aBrace in Montevideo, Uruguay, and in 2008 he read his poetry in Havana, Cuba. In October, 2009 he was honored by the City of Berkeley for his life's work in writing, art, teaching, activism for social justice and peace, and community work. He currently sits on the Latino Advisory Council of the Oakland Museum. His book of moon poems La musa lunática/The Lunatic Muse was published by Pandemonium Press, Berkeley in 2009.

We are very honored to host
Rafael Jesús González
as our first Featured Reader for 2012
on January 4
he will be accompanied on the flute by
Gerardo Omar Marín
(musician, ritualist,
Restorative Justice, Environmental, & Food Justice activist)
Featured Reader from 7:00 - 7:35pm

Light Refreshments will be served.

Alameda Island Poets
is a multicultural, multigenerational reading series.
All are welcomed and invited to include your voice! 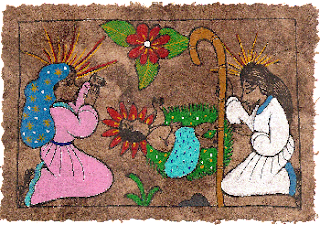 
It is said
that the brightness of a star
& the singing of angels
announced the birth
of the god made man,
the child born
among domestic animals.

Whatever is the story
of the tragic & glorious
trajectory of his life,
it all comes to this:
---he taught to love.

-
Posted by Rafael Jesús González at 5:00 PM No comments: 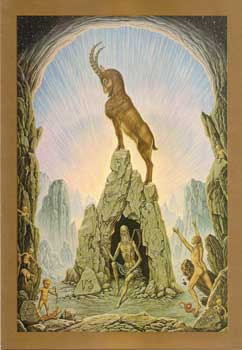 The goat, hirsute hide,
-----horns of turquoise
-----garnet eyes,
-----hoofs of lead,
kneels to Saturn,
planet of rings,
in the long night
---& perseveres, persists
---in his desire to gore
the cardinal point of the earth.

Feast of Our Lady of Guadalupe 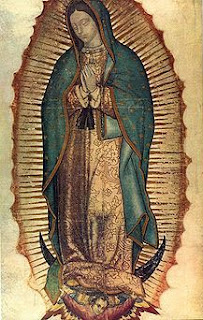 Spilling flowers
make of my cloak a reminder
that we never forget that you are
the only paradise of our living.

Blessed are you,
cradle of life, grave of death,
fount of delight, rock of pain. 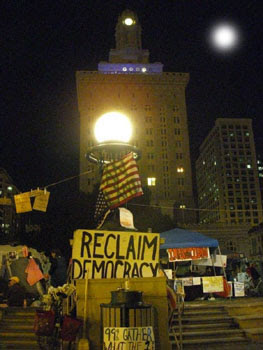 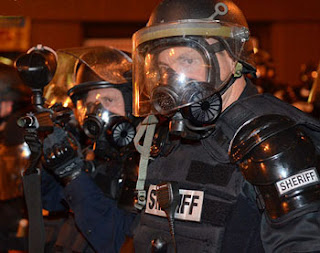 
The full moon
that marks happenings —
meeting a friend in a park,
the occupation of a street or a plaza
with an encampment of tents sprouting
like extraterrestrial mushrooms
all the colors of the rainbow —
occupies everything —
outer & inner corners, atriums & parks.
With its light it occupies all it finds.

It would never occur
even to the most barbaric police
to spray her with tear gas. 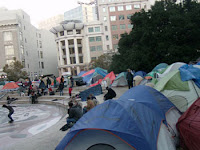 -
Posted by Rafael Jesús González at 6:36 AM No comments: