Today is set aside by tradition to express love and friendship, and so I send love, be it that spontaneous flash of affection upon a first meeting which in Spanish we call simpatía or the love and friendship of years and shared memories. And that love that embraces all humankind. You are loved.

But now is not the time for coy cupids of dimpled rumps and silly smiles aiming their little arrows at red or pink hearts across a frilly page. We are ruled by fascists; villainy is normalized. Sick with power and greed, for profit they deal in misery and pain. Liars and scoundrels all, for them there is no truth, no justice, no compassion, no decency. In their hearts there seems to be but hatred and cruelty, and to them 'patriotism' is but a synonym for domination.

So on this day of love, let us dedicate ourselves to our revolution of the heart and of the mind to defend the Earth and strive for justice rooted in compassion and for peace. We are on the brink and nothing will save us but a fierce love. 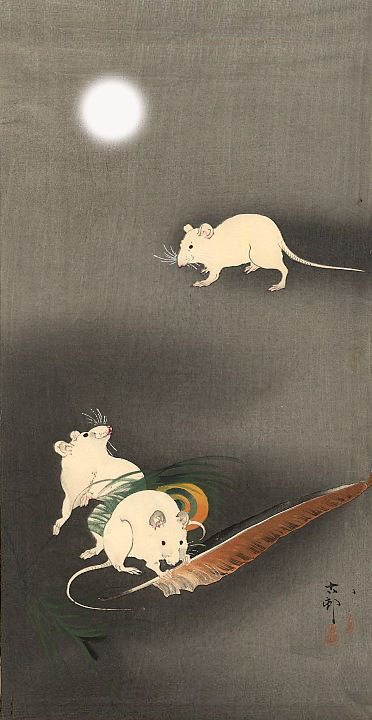 In the star-rich sky,
a lone gray rat of a cloud
grasps at the full moon,
sweet ball of honey and cheese
for her Lord of Beginnings.

-
Posted by Rafael Jesús González at 11:34 PM No comments:

The rat travels with
the good Lord of Beginnings,
remover of obstacles,
He will need her to gnaw through
the walls of greed and of fear. 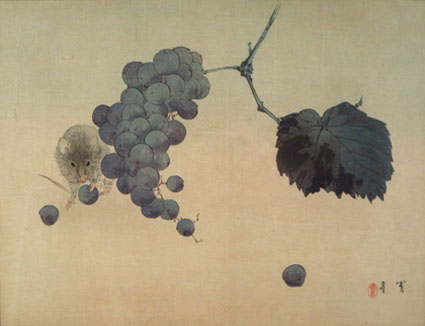 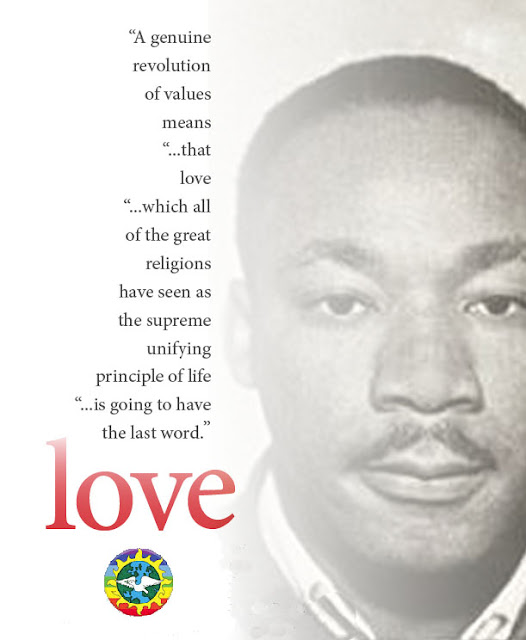 To celebrate Martin Luther King Jr Day, I read the "Letter from Birmingham Jail," the "I have a Dream" speech, the "Beyond Vietnam" speech, see the video of his last speech in Memphis shortly before he was killed. It is about our revolution, continuation of what he inspired: Civil Rights, the Anti-War Movement, the Farm Workers Movement, the Counter Culture, the Poor People's campaign, the Chicano and Black movements, Women's Liberation/Men's Liberation, the Environmental Movement, and much more. Contemporaries, I read and saw, heard broadcasts of his words as soon as they were published or said — and I took them to heart. It was clear: our revolution was non-violent, rooted in love, anxious for justice, for peace, the Earth, inexorable.

We know the story; the back-lash came soon, the "conservative revolution" of the far right, neo-conservative with a smattering of neo-liberal (often difficult to distinguish one from the other) presidents and administrations increasingly neo-fascistic, criminal — until full-blown POTUS 45, a fascist Senate to back him, and a fascist-compromised Supreme Court with only the House of Representatives to resist a fully authoritarian fascist state. And all we had gained for justice now at stake. Let us call things for what they are.

And now our revolution surges and it is we, our voice Senator Bernie Sanders who has never wavered in the cause of justice, reason, compassion in all the years that he has held office and who would have defeated POTUS 45 in the last election had he been permitted by the establishment to be the democratic candidate.

We saw the Democratic debate on CNN last week January 14 for the charade it was, pitting Elizabeth Warren against Bernie Sanders, the two best candidates who offer any really significant change (though Warren, admitted "Capitalist to [her] bones" less likely) over nothing of substance, an obvious ploy to divide and undermine the progressive Democrats. And when Sanders spoke of health care for all, free public higher education, a green new deal to do something concrete to curb climate change, Biden and Buttigieg (both beholden to corporate donations and darlings of the "establishment" Democratic Party) objected, "How are you going to pay for it? We can't afford it," a question they would never ask of the obscene billions wasted on "defense," the Orwellian term for perpetual war benefitting only the ruling 1%.

It was the eve of Martin Luther King Jr.'s birthday and in Sander's assertion "it's not about me; it's about us, our revolution," I caught echoes of what King had said. I thought of the children at our southern border torn from their mothers', fathers' arms, put in cages, dispersed. I think of so many suffering illness, unable to afford a doctor or medicine, about the homeless in tents under our freeways, of constant war. The seas grow hot, Brazil and Australia burn, Mont Blanc melts, ready to come down, the poles are melting as are the glaciers everywhere, hurricanes and tornadoes grow  in intensity and frequency, islands disappear in the rising waters, species daily become extinct.

Business as usual is no longer an option. The revolution is now, not of guns and violence, but of a fierce love, of consciousness, a change of heart. I think of Martin Luther King, our revolution.

For us with the technology,
make our revolution
and download the Bernie 2020 App. 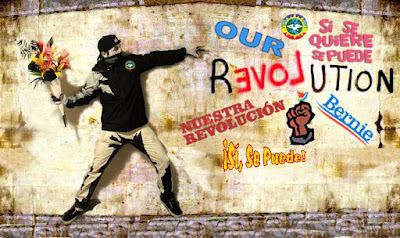 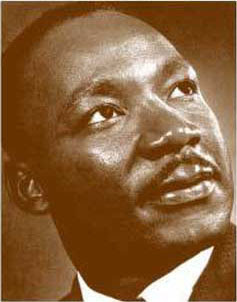 "I have a dream," he said,
the dream, fitted to his times,
that his master the Nazarene
two-thousand years ago amplified
from the ancient scriptures of his cult,
the dream already pressed
into the clay tablets of Ur,
entered in the ledger of Toth,
the dream that when realized
will make us truly great. 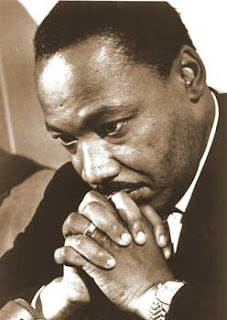 full moon: There is a madness 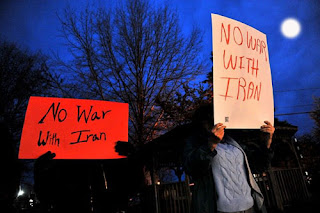 There is a madness
we cannot blame on the moon;
she is innocent.
Sick to the heart, our healing
is in our revolution.

-
Posted by Rafael Jesús González at 11:21 AM No comments:


We were surprised by the place
to which the star brought us
so little worthy of a king's birth,
but our calculations left no doubt —
a stable redolent of hay and dung
inhabited by an ox and a donkey,
occasioned by lambs and kids.
The child like all new born
had nothing to distinguish him.
The little woman, like all good mother
sweet and tender, the man no longer young
showed tenderness and solicitude;
they were even more surprised and perplexed
by our visit that we for being there.
We left the gifts we had brought from so far:
the little gold coffer chased
with lions and suns, the ivory box filled
with incense; the ebony urn filled with myrrh,
and we left in silence.
Finally the youngest of us three murmured,
----"Perhaps he brings revolution."
The other two kept in silence
the hope his saying awoke. 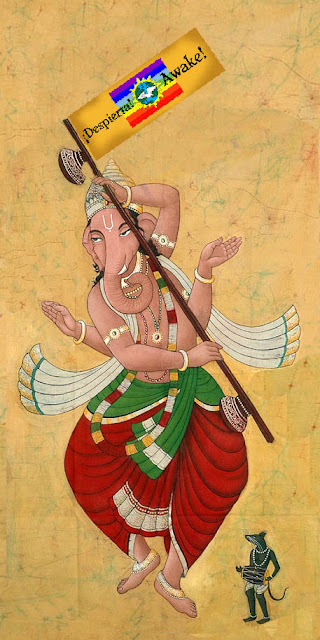 
Seated in the center
(ringed with skulls)
where the noose of years is tied,
sweet-toothed, elephant-headed lord,
rise and dance the new count;
ax down the obstacles
to our living,
trample the obstacles
to our loving,
and make sweet the new path.
Let your familiars
the mouse & the rat
gnaw through
to the storehouse of blessings;
let your snake speak.
With your tusk,
in your book of what was,
write what may be
and from your conch blow
the primordial sound of what is.

[Of the many Hindu gods, Ganesh, god of dharma and good portent, is the most widely loved and revered. His distinctive traits are his elephant head and his fat belly metaphysically said to contain the entire cosmos. His familiars are the mouse and the rat because they gnaw through obstacles and frequent larders of plenty. Generous Boon-Giver and Remover of Obstacles, he is patron of beginnings, of growth, of liberation, enterprises, both physical and spiritual. As such, he is the first of all the gods to be invoked and his blessing asked at the start of a day, a letter, a ritual, any undertaking. Gentle guide through the ups and downs of life, he is said to be good fortune manifest, wisdom revealed, time embodied, and abundance over-flowing. There are 1008 names to describe his divine powers and his blessing is a gift indeed.]