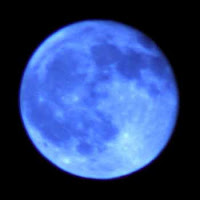 
It is called blue
this full moon,
blue like a letter
in whose folds lay
pressed a pansy
that never arrived
because of mistaken address.

The letter is returned marked:
‘no longer lives here’
& is kept unopened
between the pages of a dictionary
to be found like a memory
round & clear when one looks
for the precise word
for absence.
This full moon
is called blue.

-------translation into Portuguese by 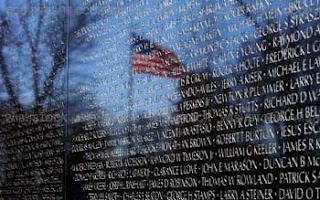 April Sims
Celebrating Memorial Day on which we remember those fallen on the battle field, I am outraged that Congress has once again acquiesced to the demands of a President and administration lacking as much in intelligence as in ethics to finance an immoral and untenable war in Iraq. Grieving for those who die in perpetual wars, both combatants and civilians, I share with you some thoughts from my notebook from last summer when I was in Washington D.C. to conduct the puberty rites for a young friend and visited the Memorial to the war in Vietnam. We again find ourselves as a nation in dark and dishonorable times.

Reflections on the Wall

My first day in Washington D.C., in the heat of August, straight from the Museum of the American Indian, wearing my T-shirt picturing the Apache Jerónimo and his armed companions and reading, “Homeland Security, Fighting Terrorism since 1492”, I walk down the Mall, skirt the obelisk of the Washington Monument, down the reflecting pool, past the white marble Greek temple of the Lincoln Monument, to the Viet-Nam Wall —a pilgrimage to the memorial to “my war,” mine not because I fought in it, but because I fought against it — heart, mind, and soul.

My intent, a kind of penance, like saying the rosary, is to start at one end to the other and read each and every one of the 58,245 names, imagining a face, an age, a history, a life. I know it will be hard, but do not think it impossible (not one of the five million names of the Vietnamese dead are even alluded to.) I start with one name, John H. Anderson Jr. (PFC, 19 years of age, dead May 25, 1968, I later look up in the log), then several, increasing exponentially. It becomes more and more difficult to focus, the faces, the figures of families, lovers, tourists reflected moving against the mirroring black granite Wall is a distraction, their chatter, at times their laughter, an intrusion upon my meditations. As the Wall grows longer, rises higher and higher toward the center, the names crowd upon each other, pile up high and tight, at times difficult to distinguish, I do not know if for the numbers, the height, for the glare of the sun, or for the tears welling in my eyes. The names, the letters blur, run together.

I begin to skim, to let my attention chance upon a name, a Smith, a Cohen, a Bankowski, an O’Mally, a Chan, certainly a González here and there — every European and many another culture represented by a name. How came they to be there, what history of need, what myth or dream of theirs, or of some recent or distant ancestor, brought them to be “American” and die in a war without sense or reason?

After a time my reading becomes cursory, I occasionally stop, kneel to pick up and read a letter, a note of testimonial — of love, of remembrance — left at the foot of the Wall by some surviving wife, sweetheart, mother, father, son, daughter, nephew, niece, friend. A flag here and there, a flower (mostly artificial, a few in soda bottles, wilting in the heat.)

My mind gradually becomes numb, at times almost hallucinatory, wonders —imagines seeing the name there of a moneyed coward with powerful political connections that now inhabits a white house not far away.

* -----*----- *
They say the dead live on for as long as they are remembered. How many of these names etched here are still remembered? A few people, holding scraps of paper against the black stone make rubbings. Most hurry by, the kids impatient to reach the end, the names picked there not interesting enough to hold their attention. The names.

Last year, Xochipilli, my men’s ritual group, in collaboration with the ‘Faces of the War Project,’ created an ofrenda to the Victims of War, for the Días de los Muertos Community Celebration at the Oakland Museum of California. The ofrenda stood against the walls lined with the photographs and names of the U. S. soldiers dead in Iraq, the names, without the photographs, of the Iraqi dead. The names, still fresh, living in recent memory. Another war, as senseless, as irredeemable as that of Viet-Nam. I am tired, my face wet with sweat and tears I do not bother to wipe away. Tourists look at me, respectfully keep their distance, look away. They sense that this, that of Viet-Nam, is my war; I do not know if my shirt gives them a clue as to why.

* -----*----- *
Retracing my way up the reflecting pool, I must climb the steps of the Lincoln Memorial from which Marian Anderson once sang, from which Martin Luther King, Jr. spoke of his dream. I stand before the colossal figure of Lincoln enthroned and read his words chiseled into the white marble to his right: “ . . . a government of the people, for the people, by the people . . .” A pious hope devoutly to be wished.

A Call to the Soul 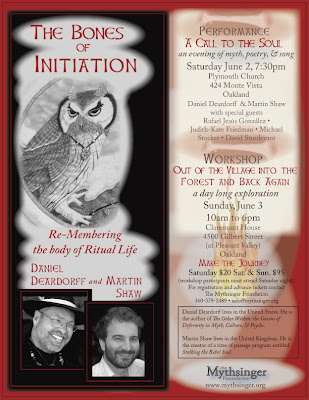 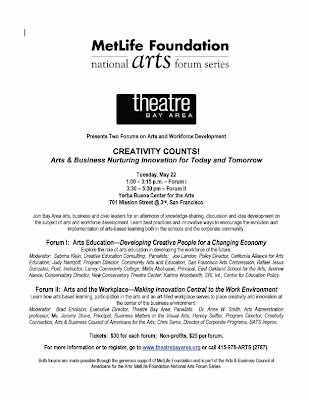 Posted by Rafael Jesús González at 12:27 PM No comments:

Full Moon Over the House of the Avocado 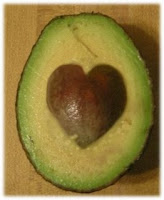 Full Moon Over the House of the Avocado


At the little house of the avocado
the fruit falls on the roof
with a poom on striking;
they are more like green hearts
on the skylights that project
their round shadows
on the kitchen walls.

The full moon picks them out
black on a background of silver,
their shadows blessings
on someone who sleeps
tender as a god enchanted
by the light of the moon.