City of Oakland bans export of coal from its port 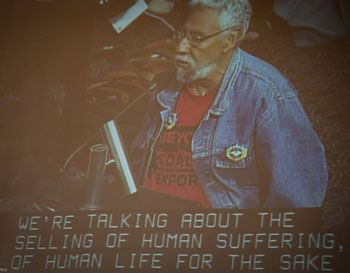 Rafael Jesús González
speaking before the Oakland City Council
in support of banning coal export from the Port of Oakland,
june 27, 2016:
"We're talking about the selling of human suffering, of human life
for the sake of profit. It is about a toxic economic system."

Yesterday, June 27, 2016, with the world watching, the Oakland City Council passed a ban on the shipping of coal from the Port of Oakland. It was a decision of conscience to make one proud of this great city.

Much less heartening, the Democratic Party Platform Drafting Committee, which had already refused to ban fracking, rejected an amendment opposing the Trans-Pacific Partnership (TPP) yet another "Free Trade" treaty to impose a toxic capitalism on the world and further degrade the environment.

Especially disappointing is the thought that Barbara Lee, whom I have always trusted to fully represent me, would vote in favor of the reprehensible TPP. The Nation says that Barbara Lee stated that the 10 Clinton and Democratic National Committee members all voted against opposing the TPP in the platform out of reluctance to explicitly criticize President Obama. Fear of criticizing a president for supporting a policy imposing unbridled capitalism on the world and causing immeasurable human suffering and putting the Earth in even graver peril I consider not only undemocratic but deeply immoral. I feel betrayed. But I imagine that political expediency is often unavoidable. (Congresswoman Barbara Lee has said that she opposes the TPP and I trust that she will fight it on the floor of Congress.)

This is not about Bernie Sanders or even about Hillary Clinton; it is about the Democratic Party which has been so pushed to the right by Neoliberalism that many of its policies are often impossible to distinguish from those of the Republican Party. This is about the revolution needed to reform the Democratic Party so that it becomes truly and fully an opposition party representing us of the working class, the dwindling middle class, the poor, and commits itself to uncompromisingly protecting the Earth of which we are a part.

-
Posted by Rafael Jesús González at 9:30 AM No comments: 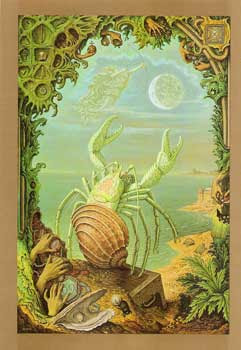