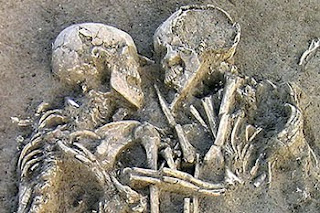 VOTE as if Your Life Depended on it 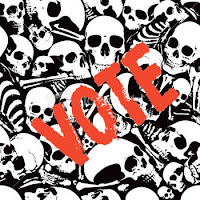 VOTE as if Your Life Depended on it

In ancient Europe when the Celtic religion held sway, the end of October, beginning of November by our calendar, was known as Samhain (sah'-win) marking the turning of the year when the veils between the worlds of the living and the dead were thin and permeable. Because the spirits of our dead are not always benevolent, the people accustomed to wear frightening masks then to hide their identities and protect themselves scaring away the evil spirits.

This custom has come down to us in neutered form as Halloween when we like to dress-up and wear scary masks and delight in pretended horror escorting our masked children door-to-door begging for sweets.

But this Halloween season, I admit to you, my terror is very real. The politics of the country have torn away the thin veils of pretense to expose the ugly evil spirits of racism, hatred of women, homophobia, fear of the other, greed that deeply haunt the soul of the culture like a chronic infection direly threatening the body politic.

We must admit that both viable candidates for the presidency are what the empire has permitted (notwithstanding that what democracy survives in it allowed us to carry to the very threshold of the Democratic Party nomination Sen. Bernie Sanders who was our voice for justice, peace, compassion, concern for the Earth and life itself.) As such, each in their own way, represent the interests of the plutocratic, capitalistic, corporate-run empire and that is as things stand.

Having said this, the Republican candidate Donald J. Trump is a hundred fold more terrifying than the Democratic candidate Hillary R. Clinton. Clinton as First Lady, as Senator, as Secretary of State has shown herself to be "centrist" (read capitalistic neo-liberal) in support of the U. S. policy of perpetual war to preserve its hegemony and protect the interests of the corporations and the moneyed one-percent. On the other hand, she has supported civil rights, the causes of women, children, and the GLBT community. Furthermore, being a seasoned politician and highly intelligent, she is also capable of modifying her positions under the continuing pressure of us who supported Sen. Bernie Sanders. Since her nomination, she has based her campaign firmly on the planks that we Sanders supporters hammered on the Democratic Party platform. There is little reason to believe that she will abandon these if she is elected — we must be ready to demand that she be committed to her words.

Mr. Donald Trump, to put it bluntly, is a racist, woman-hating, homophobic sociopath driven by greed and a narcissistic megalomania that makes him arrogant, violent, impulsive, temperamental and is totally ignorant of politics much less foreign affairs. To imagine such a one as head of the most powerful empire in the world, in charge of the mightiest nuclear arsenal on Earth, terrifies not only many of us but the entire world. Terrifying is that he gives voice to and legitimizes the fear, the hatred, the racism, the misogyny, the homophobia, the violence that Nazi Germany of the last century came to typify.

Thus the root of my terror — and it is only intensified by the voices of a goodly number of the disillusioned that I hear, self-destructive voices of nihilism that say that they will vote for Trump because "he is at least up-front in his racism" or insist that they will vote for Jill Stein of the Green Party (without the political structure or the base to make it viable) or write-in Bernie Sanders (against Bernie Sanders' own advice) or not vote at all — all choices that ultimately would result in votes for Trump.

Neither Clinton nor Trump are the choices that I would wish, but let us not delude ourselves that they are no different from each other. Clinton recognizes the threat of climate change; Trump denies that it even exists. Trump and the Republicans would be immeasurably more disastrous than Clinton and the Democrats. With Clinton and the Democrats there is at least a chance for change in favor of the Earth and life, of justice. The race is terrifyingly close; we must do all we can to elect Hillary Clinton as the better, immeasurably better, of the two. We must not chance anything else.


Indeed the veils between worlds grow thin this season and no mask will protect us from the terror to which our history has brought us. We have no choice but to gird ourselves with our resolve, be the healers that the times call for, fortify ourselves with our love and our joy, VOTE — and, once our vote decides, continue our struggle for justice and peace and the well-being of the Earth and the life she bears.

Teachers and Mentors: Who made Donald Trump and Hillary Clinton who they are today?

If Dr. King Were Alive Today 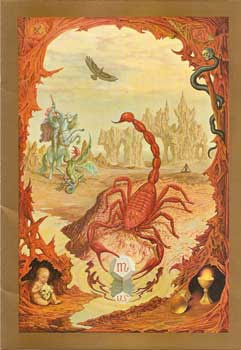 The scorpion
-----in its opal eyes
-----guards the secrets
-----of the immobile water.
It tenaciously raises its tail of iron
& its topaz sting
reflects the red lights of Mars,
----the dark lights of Pluto.
It hides behind the erect pole,
---in the moist cave;
it knows the secrets of the soul. 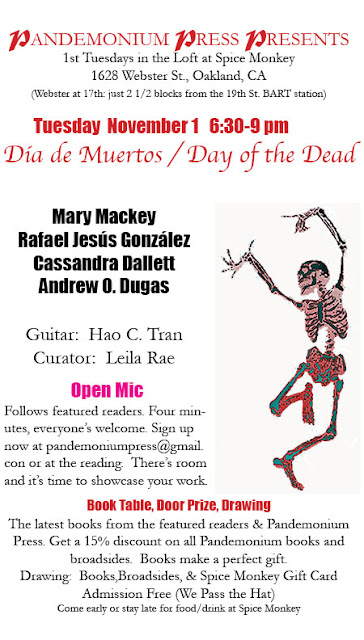 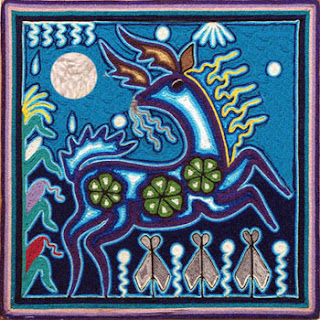 The big hunter's moon
is more than brilliant enough
to track the blue deer.
He runs through the hills of dreams
into the nets of the heart.

-
Posted by Rafael Jesús González at 12:23 AM No comments:

You are most cordially invited

to a reading to celebrate Spillway 24 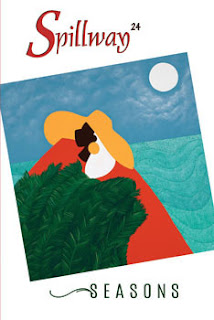 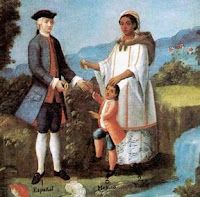 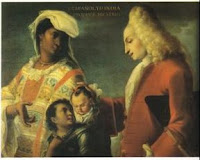 
In Mexico in 1928 at the insistence of the philosopher José Vasconcelos, then Minister of Education, it was named Día de la Raza (Day of the Race), denomination of the Iberian-American Union in 1913 to declare a new identity formed by the encounter of the Spaniards with the native peoples of the Americas. In 1902, the Mexican poet Amado Nervo had written a poem in honor of the President Benito Juárez (a Zapoteca Indian), which he read in the House of Representatives, titled La Raza de Bronce (Race of Bronze) praising the indigenous race, title which later in 1919 the Bolivian author Alcides Arquedas would give his book. Bronze (noble metal amalgamated of various metals) came to be metaphor for mestizaje (the mixing of the races.) According to the thinking of Vasconcelos, a Cosmic Race, the race of the future, is the noble race that is formed in the Americas since October 12, 1492, the race of mestizaje, an amalgam of the indigenous races of the Americas, the Europeans, the Africans, the Asians, the world — in a word, the human race made of a mixture of all the races which Vasconcelos called the Cosmic Race. 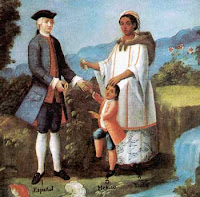 But that this race is formed at great cost to the indigenous American peoples (and to the African peoples brought here as slaves) cannot be ignored. Since 2002, in Venezuela the feast-day is called Día de la Resistencia Indígena (Day of Indigenous Resistance.)

Be that as it may, by whatever name we give it, however way we cut it, it is the same cake — the date commemorates the arrival of the Europeans to America (which for them was a “new world”), not a visit but an invasion, a genocide, a subjugation of the peoples of that “new world” which we know today by the name of a European cartographer who scarcely set foot on the sacred ground of the continents that bear his name. What the date marks is a continuous colonization, exploitation, abuse, outrage of the indigenous peoples of the Americas that has scarcely lessened, that has persisted these five-hundred and some years.


It could well be called Day of Globalization. Since that date, the Earth is concretely, definitively proven to be truly round, a sphere, a ball, a globe. And from that date is imposed by force upon the indigenous American peoples a quite strange cosmology, attitude toward life, toward the Earth, toward economics, toward the sacred, toward the human being him/herself — a single truth narrow and intolerant, a rapacious disdain toward the Earth seen only as a resource to be exploited, a concept of progress difficult to distinguish from greed and the lust for power.

Feast of St. Francis of Assisi 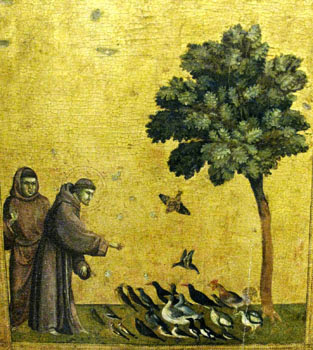 -----I have sinned against my brother ass.


May we learn justice without which there is no peace;

The scales dip and teeter;
there is so much
to discard,
so much to atone.

When our temples stood
we loaded a goat
-----with our transgressions
----------and sent it to the wild.
Now we must search our pockets
for crumbs of our trespasses,
our sins to cast upon the rivers.