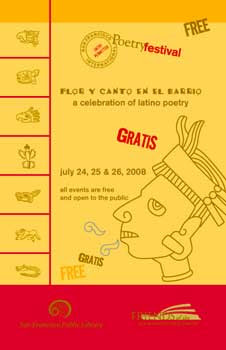 
other readings at six or more various locations

www.friendssfpl.org
-
-
Posted by Rafael Jesús González at 10:25 AM 1 comment:

Full Moon in a Dry Summer 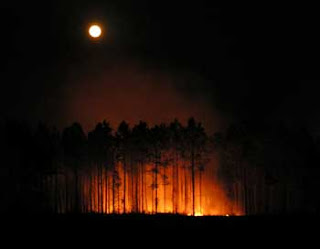 Full Moon in a Dry Summer


The full moon rises
with a reddish tint------from the smoke
of the forests burning.
In the drought, the waters
she would lift-----grow scarce
as the salmon in the streams.

Her color, it would seem,
is that of the disquiet---in our blood.

Posted by Rafael Jesús González at 8:00 PM No comments: 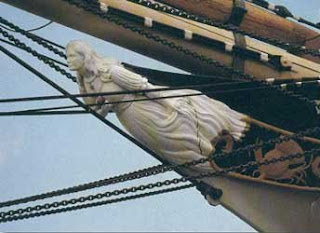 
Through the window the moon nests
in the highest branches of a pine
like a great egret
of plumage so white that it hurts.
Immobile a moment, it seems
a luminous figure in the shape of a mermaid
on the prow of the galleon of night
that cuts through the spindrift of the stars
to cast anchor on a black isle
where the poet drowns in his books
brought to him by one of his slaves,
he no longer knows if Caliban or Ariel,
if to free him from insomnia
or sink him more deeply in dreams.

The moon disentangles itself
from the branches of the pine
& continues its course. 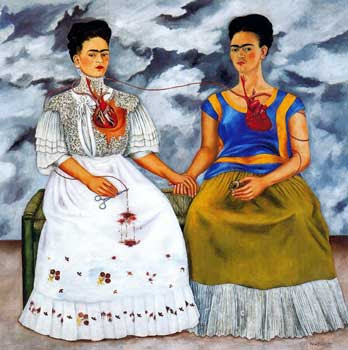 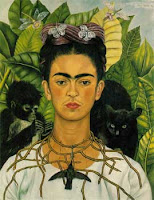 Frida
I first knew Frida the summer of 1950; I was fifteen years old and on a trip to México my father took the family to the National Museum of Modern Art. There I met Frida in double, a large canvas (the largest one I believe she ever painted) in which two Fridas, one dressed in white in the style of the end of the 19th century and the other in the dress of Tehuantepec, seated before a tormented sky, held each others hand, their hearts exposed and bleeding, their gazes locked onto mine. I stood there absorbed and fascinated. My mother had to pull me away dragging me by the hand.

I believe it was then that I fell in love with Magdalena Carmen Frida Kahlo Calderón. I sought her everywhere; then, her paintings were not as easy to find as her husband Diego’s. Whenever I found them, there she was, always looking at me with fixed and stoic gaze even though in many of them the pain she displayed like a malignant flower or poisonous jewel, was palpable — necklaces of thorns; corsets like medieval instruments of torture; the exposed vertebral spine, a broken column; a few tears like pearl ornaments, drops of blood like ornaments of ruby. Each of these small paintings was like a precious reliquary of suffering, a delicacy of pain, offerings for some perverse miracle, ex votos to a cruel god. What amazed me were the colors, the sensuality, the beauty with which they celebrated her pain. Among the fifty some odd self-portraits, even in the ones in which there appear no images of pain, never, that I know of, did she paint herself smiling.

Little by little, I came to know her history — her precocious rebellion, the polio that attacked her as a child, the terrible trolley accident that left her in pieces young, her obsessive love of Diego (though not so obsessive that it prevented other loves with man or woman), her courage that lent strength to her determination for joy (which at times she must have feigned), her cult of vanity, her zeal for regional costumes, archaeological jewels so heavy that they must have hurt her to wear them, her boasts of being mestiza.

Now I find her everywhere, even in films, and at costume balls she seems to multiply herself more and more; I find her in the salons, the dining rooms, the kitchens, the bedrooms, the bathrooms. She sometimes makes me jealous, my promiscuous, ubiquitous Frida. 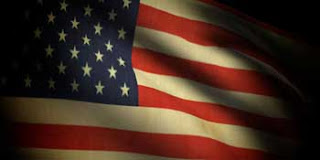 We hold these truths to be self-evident, that all men are created equal, that they are endowed by their Creator with certain unalienable Rights, that among these are Life, Liberty and the pursuit of Happiness. — That to secure these rights, Governments are instituted among Men, deriving their just powers from the consent of the governed, — That whenever any Form of Government becomes destructive of these ends, it is the Right of the People to alter or to abolish it, and to institute new Government, laying its foundation on such principles and organizing its powers in such form, as to them shall seem most likely to effect their Safety and Happiness. Prudence, indeed, will dictate that Governments long established should not be changed for light and transient causes; and accordingly all experience hath shewn, that mankind are more disposed to suffer, while evils are sufferable, than to right themselves by abolishing the forms to which they are accustomed. But when a long train of abuses and usurpations, pursuing invariably the same Object evinces a design to reduce them under absolute Despotism, it is their right, it is their duty, to throw off such Government, and to provide new Guards for their future security. 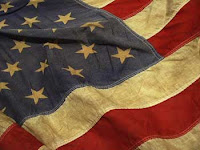 When these words were written in 1776 to declare the breaking away from the English Crown of the original thirteen English colonies in America, they held the shine of an ideal truth and hope, albeit it that the term men did not include women and the term all did not include the slaves, overwhelmingly of African origins, nor the original native ‘Indian’ peoples whom the colonists murdered and displaced, giving the term equal the ring of a cracked bell.

Truths are seldom self-evident and it was not until 144 years later, in my parents’ lifetimes, that women got the right to vote. It was not until 178 years later, the year I graduated from high school, that African Americans’ claims to equal treatment under the law began to be taken seriously, with great strife and sacrifice. The lands of the native ‘Indian’ peoples are still being taken and ‘Indian’ rights are abused. The word equal still has that cracked ring.

Today, after 232 years, though women’s rights are still being questioned, we do have a candidate of African descent for the Presidency of these United States. (Though he is descended not from those African slaves brought here long ago, but from an African father of a wealthy and privileged class.)

It pains me to write these words and know that they may hurt the hopes of many, among you dear family, friends, colleagues. But it is best that as citizens committed to the ideals of a democracy, we fulfill our political responsibility with clear vision and little illusion. Except on some important domestic issues, the Democratic Party, for one thing, has historically differed but precious little from the Republican in its imperialistic foreign policy. The United States has always been essentially an oligarchy, a plutocracy; we have no real opposition party to question the premises of capitalism, the corporations it birthed, and the fascism to which it is susceptible. Our government is bought. Its highest offices are for them whose campaign coffers are filled by the corporations to whom they are beholden.

That recognized and said, let us elect Barack Obama, but let us see him truly beyond the luster of his intelligent (and often misleading) rhetoric, his charisma, his charm. At best, what he has said and his voting record is spotty; he has all too often voted on the Republican side : on the Iraq war and occupation, on the regulation of nuclear energy, on class action lawsuits, on credit card interest rates, on NAFTA, on the death penalty, on immigration and the building of a wall along the U.S.-Mexican border. He is against the single-payer public health system and against impeaching George W. Bush.

Exactly a month ago, he stated to Aipac (the Zionist lobby) his support of a Jerusalem entirely under Israel, ignoring the United Nation’s designation of the city holy to the three Abrahamic sects (Judaism, Christianity, Islam) as an international city. His statements on Iran have been mixed and confusing. In May in Miami, he said he would continue the vindictive embargo against Cuba that has crippled its economy over 47 years and that the United Nations has declared illegal under international law. Silent on the School of the Americas, he said that the U.S. has “lost Latin America” and that Colombia had a right to invade Ecuador. Furthermore, he supports the Mérida Initiative (that would make Mexico, quite as guilty of violating human rights, even more a client state on a par with Colombia) and declared that “We must press further south as well." It has been taken for a given since the Monroe Doctrine of 1823 that the U. S. has staked Latin America for itself, but that is a policy that I, and people of conscience, find reprehensible.

Now he supports and votes for retroactive immunity for the telecommunication companies (corporations) which against the law of the nation spied upon us, the citizens of the United States of America. I would wish for a President much more respectful of the Constitution and of civil rights, liberties, and protections.

These things greatly worry me, but still he is better than McCain and I will work hard for Obama’s election and cast my vote for him when November comes; I only wish I could do it with all my heart. We must work just as hard to elect representatives like Barbara Lee and Denise Kucinich and others of such integrity and courage, to Congress, House and Senate, to hold the President accountable; to state, to county, to district, to city offices, for justice and compassion must be rooted on ground close to where we lead our lives.

On this day of celebration, I ask forgiveness of my family, friends, colleagues, enthusiastic supporters of Obama for dampening your spirits. We must work just as hard for his election, but without too many illusions. He is part of the system that we must change, very close to its roots. The dispersion of illusion should not weaken faith, but make it stronger. It does no honor to our beliefs to hold them in blindness; if they be truly rooted in truth and love of life, in reverence of liberty, in respect and compassion, they should be able to withstand the full light. I bow especially to you, my young friends, who have for the first time been drawn into political involvement by Barack Obama’s eloquence and charisma; be prepared for disillusion and for struggle. I hope with all my soul that I am wrong, but if and when it comes, may your convictions and faith be such that your disappointment be but fuel to your righteous anger and hold him, and us, accountable.

In the vast scheme of this vast universe and the immensity of time in which it unfolds, the struggle for justice and peace, for the honoring of life and veneration of the Earth has but just begun. That is what this day must mean — a celebration not merely of what has been, but of its promise of what we the people must create.